L-DOPA-induced Dyskinesia (LID) are motor side-effects affecting PD patients chronically-treated with this dopamine replacement drug. Since LID are associated with aberrant Gamma cortical synchrony (GammaPark), efficacy of compounds on LID can be assessed with this EEG biomarker.

Parkinson’s disease (PD) is a neurodegenerative disorder affecting the motor system. This disease is characterized by a loss of neurons in the ventral part of the substantia nigra pars compacta [1, 2]. The main symptoms can be motor and non-motor [3]. The four cardinal motor symptoms are tremor, hypokinesia (slowness of movement), rigidity and postural instability [4].

In this neurodegenerative disorder, motor dysfunctions are thought to be related to an imbalance between antikinetic beta band (13-30 Hz) rhythms and prokinetic gamma band (60-90 Hz) rhythms in the motor network.

Chronic treatment with the standard of care dopamine-replacement drug L-DOPA suppresses antikinetic beta band rhythms (BetaPark) while promoting cortical oscillations in the gamma frequency band (GammaPark), that are associated to L-DOPA induced dyskinesia. GammaPark is a prefect biomarker for the investigation of therapeutical strategies against Dyskinesia. 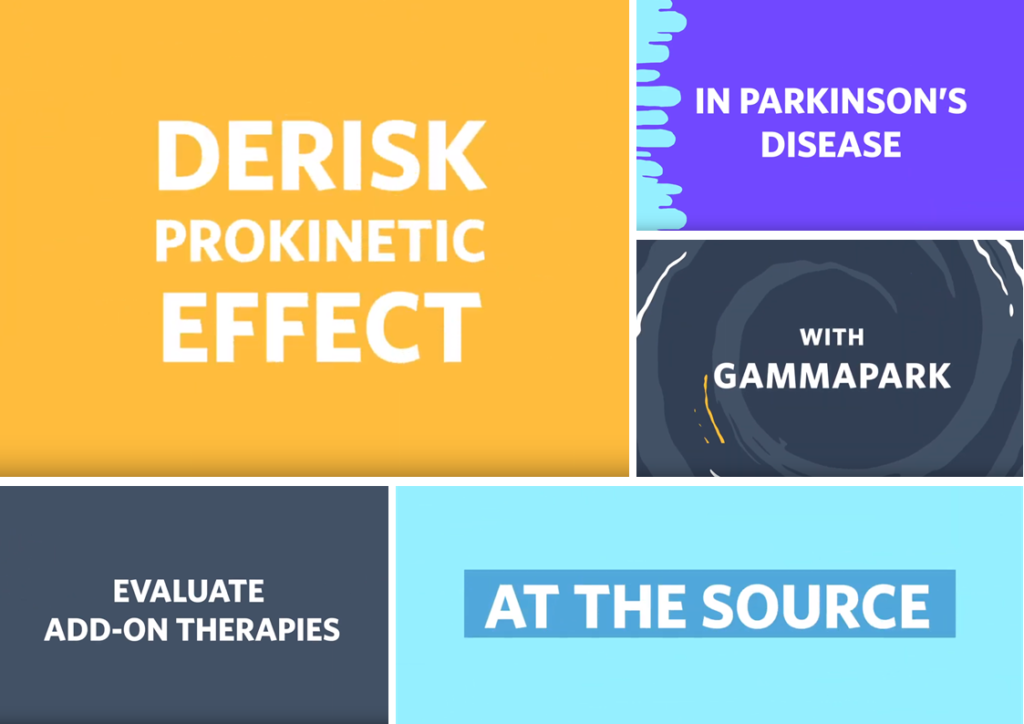 Over the years, two EEG biomarkers have been identified in patients suffering from PD. The main oscillatory activity identified in the cortico-basal ganglia loop is a frequency band around 30 Hz, a pathological activity correlated with symptoms such as hypokinesia and rigidity [5, 6]. Treatments with dopaminergic drugs and deep brain stimulation can reduce this pathological oscillation and are associated with an improvement in symptoms [5]. However, After an initial “honeymoon” period when the standard dopamine replacement drug L-DOPA almost completely reversed the signs and symptoms of PD, the treatment starts losing its effectiveness [6] and induces motor complications, also called L-DOPA-induced Dyskinesia (LID).

Excessive cortical EEG Gamma oscillations have also clearly been identified in patients with PD during chronic dopaminergic treatment. This resonant oscillatory activity has been correlated with abnormal involuntary movements (LID) [8].

In animal models of PD, and more specifically in the unilateral 6-OHDA-lesioned rat, similar pathological EEG oscillations have been identified [9]. In these freely-moving animals, a strong cortical beta activity has indeed been characterized. Importantly, injection of dopaminergic drugs in these animals significantly reduced this cortical beta band (BetaPark), in association with contralateral rotations [8].

Halje et al. [10] also identified resonant cortical oscillations in the Gamma frequency range after chronic treatment with L-DOPA, which aligns with the clinical literature. These Gamma oscillations were found to be minimally affected by voluntary movements while their presence proved to be a reliable biomarker of L-DOPA-induced Dyskinesia.

In particular, excessive cortical EEG Gamma oscillations induced by chronic L-DOPA treatment in the 6-OHDA rat model can be viewed as a proxy for the cortico-basal ganglia loop dysfunction mentionned above which underlies LID. 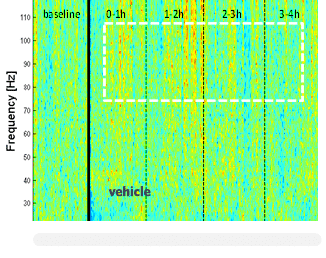 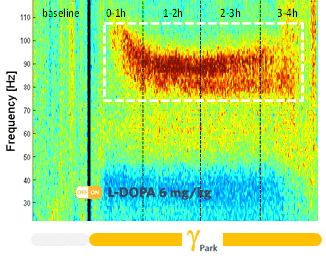 At SynapCell, over 2 years of R&D led to the the full characterization and validation of both cortical pathological oscillations using the translational unilateral 6-OHDA-lesioned rat model.

BetaPark, the predictive EEG biomarker for Parkinson syndrome and GammaPark , which ranges between 75 and 110 Hz, appears in association with dyskinesia, when animals are treated with chronic L-DOPA notably.

It therefore becomes possible to evaluate the effect of chronic administrations of investigational compounds on protecting against the chronic effects of L-DOPA in the 6-OHDA model, and quantify the impact on GammaPark power and on Dyskinesia with Abnormal Involuntary Movements (AIMs) scoring.

Head to our Parkinson’s Page for a deeper look on BetaPark, L-DOPA induced GammaPark* and contact us to dig into the data!

Next article Learn how to accelerate the therapeutic Validation of AEDs